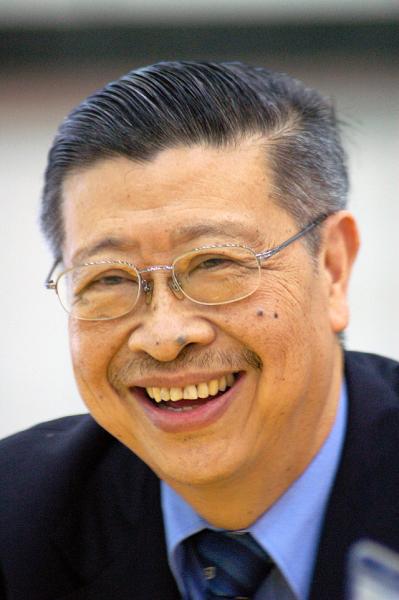 Quezon City, Philippines — In recognition of his valuable contribution to PEMSEA as a leader and mentor, Dr. Chua Thia-Eng was named as Chair Emeritus of the East Asian Seas Partnership Council during the 13th Executive Committee Meeting held on 28–29 October.

Dr. Chua served as PEMSEA's Regional Programme Director for 15 years. Under his able leadership, PEMSEA evolved from a project-oriented entity focusing on coastal management into a regional collaborative organization for the implementation of the Sustainable Development Strategy for the Seas of East Asia (SDS-SEA). His expertise in coastal and marine area management, and knowledge in coastal and ocean affairs has contributed greatly to the successful implementation of various PEMSEA programs and activities in the region, including the establishment of ICM sites in the region, the creation of the PEMSEA Network of Local Governments for Sustainable Development (PNLG), and the cooperation among various stakeholders and the East Asian countries in adopting the SDS-SEA as framework and ICM as tool for coastal and marine management in the region.

After retiring from his post in 2007, Dr. Chua continued to guide PEMSEA when he was elected as the first Chair of the East Asian Seas Partnership Council until 2013. As Council Chair, Dr. Chua's provided significant support in laying out the building blocks toward the transformation of PEMSEA into a country-owned self-sustaining international organization focusing on coastal and ocean governance in East Asia.

Dr. Chua has authored more than 200 papers, articles and a number of books on coastal and ocean management, including The Dynamics of Integrated Coastal Management, which is considered as one of the key resource materials for academicians, coastal managers and policymakers. He has been a recipient of several awards from societies and governments.