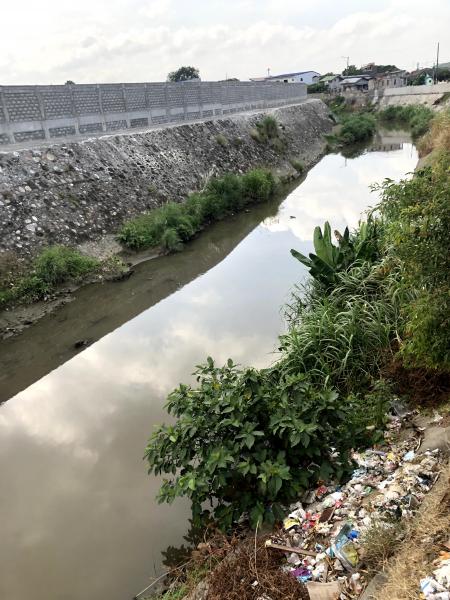 MANILA, PHILIPPINES—Partnerships in Environmental Management for the Seas of East Asia (PEMSEA) is working on two initiatives that aim to support ongoing efforts to rehabilitate Manila Bay. The projects are focused on pollution reduction and solid waste management (SWM) in the province of Cavite, where the Imus River is an important tributary of Manila Bay.

Similarly, PEMSEA projects also contribute to the Department of Environment and Natural Resources’ (DENR) rehabilitation of Manila Bay which started in 2019 and is being implemented in three phases: Phase 1- clean-up or water quality improvement, Phase 2-rehabilitation and resettlement, and Phase 3-education and sustainment.

“PEMSEA’s partnerships with the Norwegian Institute of Water Resources [NIVA], the Indonesian Centre for South East Asian Studies [CSEAS] and the Province of Cavite on building capacity to reduce marine plastic pollution, and with the Coca-Cola Foundation and Caritas Diocese of Imus of Foundation, Inc. on promoting integrated solid waste management in Cavite province, are aligned with the Philippine government’s plan to rehabilitate Manila Bay,” said Ms. Aimee Gonzales, PEMSEA Executive Director. “We have chosen Cavite as the pilot site for our projects, particularly the Imus River, an important tributary of Manila Bay, to highlight interventions needed for the sustainability of the river basin and the communities living around it and to demonstrate the important link between human health and environment health.”

ASEANO is a collaborative project between ASEAN and Norway seeking to build knowledge and capacity regarding plastic pollution, especially marine plastic pollution, in the ASEAN region. The Government of Norway has taken a leading role in the international battle against marine litter and microplastic pollution, and now provides technical and financial assistance around the world.

It has been estimated that up to 74% of environmental plastic waste in the Philippines originates through leakage from already collected wastes. In Dasmariñas City, Cavite, through which the Imus River flows, there was an observed increase in pollution levels as the river moved downstream, with numerous areas of waste accumulation and points of waste entry into the river. The ASEANO project covers the entire life cycle of plastic pollution, from production and sources, to transport and transformation, and its eventual end point in the world’s oceans. Along with seeking to increase prevention, mitigation, and clean-up, the project will also assess the socio-economic impacts of potential policy measures to reduce plastic pollution and recommend practical measures to strengthen Cavite’s implementation of the “Ecological Solid Waste Management Act of 2000” or Republic Act (RA) 9003.The passage of RA 9003 is an example of the Philippines being an early actor in pollution management efforts.

An inception workshop with local government officials and other stakeholders from throughout the areas impacted by the Imus River was completed in March 2020. Key next steps for the ASEANO project include: conducting biological and socio-economic impact studies and engaging stakeholders to identify pragmatic and innovative ‘community owned’ solutions.

In January 2020, the Coca-Cola Foundation and PEMSEA signed a Project Agreement to implement an 18-month project on Ecological Solid Waste Management Project in Cavite Province.  Last August, PEMSEA signed a Memorandum of Agreement (MOA) with the Caritas Diocese of Imus of Foundation, Inc. to collaboratively implement the project and in close coordination with the Provincial Government of Cavite through the Provincial Government-Environment and Natural Resources (PG-ENRO).

Selected project sites include: Barangay (Brgy.) 10 B, Cavite City; Brgy. San Rafael 3, Noveleta; Brgy. B. Pulido, General Mariano Alvarez; Brgy. San Jose, Tagaytay City; Brgy. Bucana, Ternate; and Municipality of Amadeo. The project aims to provide practical and sustainable solutions in the handling and disposal of recyclables and residual wastes, initially by converting plastic wastes into armchairs and tables that can be distributed to public schools and other dioceses.

Other project components include:

In 2015, the total daily volume of solid waste generated in Cavite province was estimated at more than 1,300 tons/day.