Changwon Declaration Toward an Ocean-based Blue Economy : Moving Ahead with the Sustainable Development Strategy for the Seas of East Asia 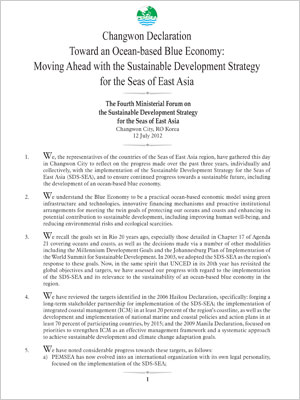 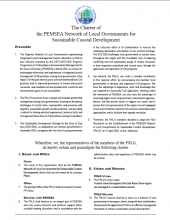 The Charter of the PEMSEA Network of Local Governments (PNLG) for Sustainable Coastal Development - a partnership built on leadership and commitment towards strengthening coastal governance. 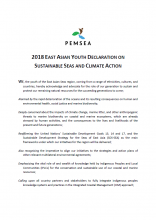 This declaration was written and agreed upon by the delegates of the Fifth EAS Youth Forum, held in Iloilo City, Philippines, from 26-30 November 2018.

It was presented by the PEMSEA Network of Young Leaders...

The Iloilo Ministerial Declaration was signed by Ministers from PEMSEA country partners on 29 November 2018 during the Sixth Ministerial Forum, part of the Sixth East Asian Seas Congress.