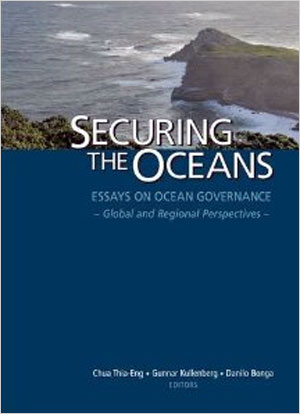 Published a decade after the 1998 Year of the Ocean, the 25-chapter Securing the Oceans: Essays on Ocean Governance is primarily aimed at increasing the awareness of the general public on coasts and oceans and at strengthening their understanding of the functioning of the ocean, land-sea interactions, ocean dynamics and ecosystem functioning. The book is published jointly by PEMSEA and the Nippon Foundation and is edited by Chua Thia-Eng, Gunnar Kullenberg and Danilo Bonga. The volume contains essays written by 25 authors in their different capacities as scientists, economists, lawyers, teachers, managers, users of marine resources, national and international civil servants, and administrators. Parts I, II and III of the book bring out the global perspective on ocean governance. Various case studies put forward the interconnectivity between regional seas in terms of political, socioeconomic, cultural, and especially ecological linkages. Part IV underscores the paradigm shift in the traditional concept of ocean governance to a more proactive and dynamic approach in securing the ocean for peaceful use. This chapter includes the conclusions forwarded by the participants in a regional workshop on "Securing the Oceans" at the 2006 East Asian Seas Congress. The conclusions and recommendations from the EAS Congress 2006 are published in two issues of the Tropical Coasts. The publication of this book is made possible through a grant from the Nippon Foundation in support of the Research Task Force on the Dynamics of Regional Cooperation on Oceans and Coasts. It is hoped that this book will further stimulate and strengthen the pursuit of sustainable ocean development so as to secure the ocean and its resources for our future generations.

Print version is available for FREE. Pay only for the shipping cost. 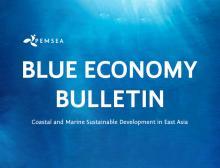 Welcome to the August 2020 Blue Economy Bulletin. This month the East Asian Seas Partnership Council confirmed that 37.9% of the region's coastline is now covered by an integrated coastal... 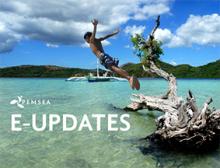 Happy Eid al-Adha and welcome to the July 2020 PEMSEA e-update! Following PEMSEA's first ever virtual Partnership Council meeting, we are pleased to announce two new partnerships and the extension of our ... 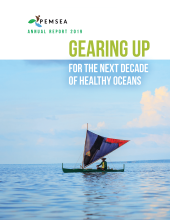