Indonesia’s long history of implementing marine and coastal management programs and projects since the 1990s contributed to the development and implementation of critical environmental and ocean-related policies, legislations, plans and programs.

The Indonesian National Act (NA 23/1997) mandates that Environmental Management activities should be undertaken in an integrated manner among concerned government institutions, sectors and communities from planning though implementation. Law No. 27/2007 (amended through Law No. 1/2014) in conjunction with Law No. 23/2014 on regional governance mandates provincial governments to prepare ICM strategic plans and zoning plans (i.e. Strategic Plans, Zoning Plans, Management Plans, and Action Plans). Law No. 23/2009 provides for environmental management and protection considering ecosystem-based approaches and climate change. Law on the Sea (NA 32/2014) regulates operations at sea in accordance with marine provisions and international law, sustainability and national security. Indonesian Ocean Policy enacted through Presidential Regulation No. 16/2017 that guides implementation and coordination of maritime-related policies and programs across agencies toward a common vision of Indonesia as a strong maritime nation.

18 out of Indonesia's 34 provinces have adopted ICM zoning plans while local governments have developed their respective environmental programs. Integrated management of watershed and coastal areas is also being developed in several areas. In Bali Province, ICM is now being scaled up to cover the entire island based on the experiences and good practices from the initial ICM demonstration in the southeastern coast. A coastal strategy for the integrated management of Tomini Bay was adopted by the three provinces surrounding the bay in May 2009.

In the 2018 Our Ocean Conference held in Bali, President Joko Widodo announced that Indonesia has met its target of conserving 20 million hectares of marine areas, two years ahead of the target. New commitments were made in relation to enhancing maritime security, MPA management effectiveness, sustainable fisheries, marine pollution especially marine debris management, sustainable blue economy, and climate change adaptation. In the 2018 Fourth Intergovernmental Review Meeting of the Global Programme of Action for the Protection of the Marine Environment from Land-based Activities that was held in Bali, delegates committed to continue efforts to address environmental threats caused by increased nutrients, wastewater, marine litter and microplastics. Presidential Regulation No. 83/2018 declares the National Plan of Action to Combat Marine Debris from 2018 to 2025. To monitor the effectiveness of various coastal and marine pollution prevention programs, the Ministry of Environment and Forestry (MOEF) has been maintaining a national seawater quality database and is developing a marine water quality index. The collaboration with PEMSEA is supporting the development of local capacities and integrated governance mechanisms to enhance the implementation of national programs and international commitments and targets at the local level. 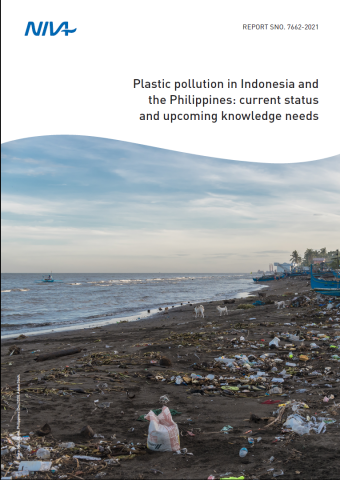 Plastic Pollution in Indonesia and the Philippines: current status and upcoming knowledge needs

Countries in Southeast Asia are major contributors of plastic waste to the oceans. It is estimated that globally, five of the eight largest... 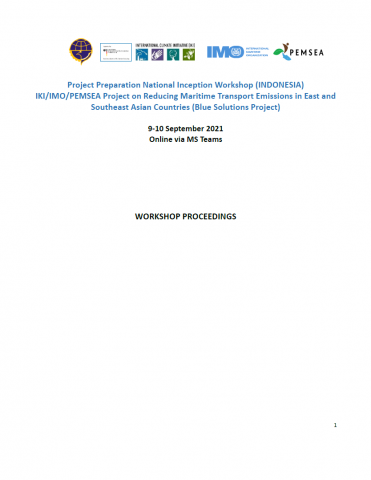 The national inception workshop for the Blue Solutions Project in Indonesia was held virtually on September 9 and 10, 2021 and jointly organized... 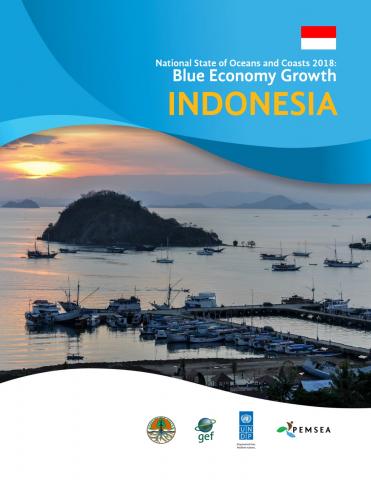 The National State of Oceans and Coasts (NSOC) report of Indonesia aims to: 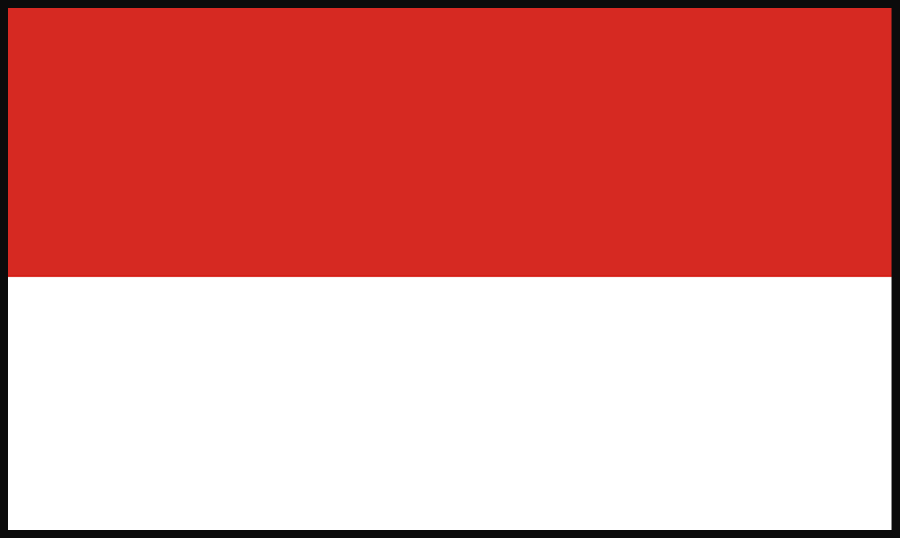