Plastic Pollution in Indonesia and the Philippines: current status and upcoming knowledge needs

Countries in Southeast Asia are major contributors of plastic waste to the oceans. It is estimated that globally, five of the eight largest contributors of plastic waste to the oceans are member states of the Association of Southeast Asian Nations (ASEAN). Despite vast media attention, there are substantial knowledge gaps and capacity needs in managing plastic leakage. Targeted science-based knowledge is warranted for sound decision making to solve the problem. Norway has taken a leading role in the international battle against marine litter and microplastic, both in terms of providing funding and in sharing knowledge. Here, we present a summary of the plastic waste management, regulatory frameworks and environmental awareness for the two countries producing the most plastic waste in the ASEAN region, Indonesia and the Philippines.

The work is undertaken as part of the ASEANO project (ASEAN-Norwegian cooperation project on local capacity building for reducing plastic pollution in the ASEAN region), led by the Norwegian Institute for Water Research (NIVA). The project is financed by the Norwegian Development Assistance Program Against Marine Litter and Microplastics, where the main objective is to prevent and substantially reduce the scope of marine litter in developing countries. The ASEANO project works to strengthen knowledge, capacity, and awareness to tackle plastic pollution from key sources in the ASEAN region by developing a strong network and close interaction with industries and businesses, governmental bodies and other stakeholders, international development organizations as well as non-governmental organizations.

This report has taken a multidisciplinary, cross-sectoral and holistic approach to summarise why and what kind of research and knowledge is needed in order to develop regional reduction measures and actions necessary for a global decrease of plastic waste pollution. This report is a collaboration between NIVA, Center for Southeast Asian Studies (CSEAS, Indonesia) and Partnerships in Environmental Management for the Seas of East Asia (PEMSEA, the Philippines). 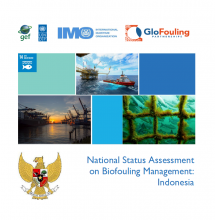 The introduction of Invasive Aquatic Species (IAS) to new environments by ships and other mobile marine structures has been identified as a major threat to world’s oceans and the conservation of biodiversity. A... 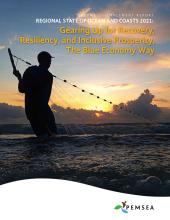